What the 'ECK happened at DrupalCamp London? 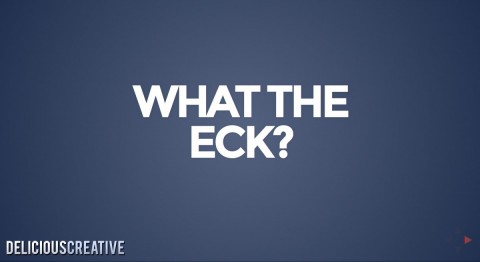 DrupalCamp London 2014 happened earlier this month, (and technically at the end of last month) and the last time I updated this blog I was on my way there. So what happened?

I arrived at the venue on Friday afternoon just in time to crash the end of the CxO day and enjoy a few glasses of wine. Good timing, huh? There I ran into more than a few friendly people that I've gotten to know a bit over the past few years going to Drupal events. I heard the full CxO day went really well, but with my schedule this year I couldn't get from Brighton to the venue in London until late afternoon so I missed what happened during the day. A lot of going to these events is catching up with people and talking Drupal, so even though I missed the day's events it was still a great kickoff to the weekend.

The camp overall was really brilliant. With more than 500 (maybe even 600) people in attendance DrupalCamp London is starting to turn into a somewhat smaller version of DrupalCon. There are a lot of Drupal Camps around the UK at the moment, and I try to make it to as many as I can, but it seems that this one, in it's second year, has really taken off.

The weekend was full of very informative sessions ranging from Drupal development (of course!) to workflows in git, to what's happening in Drupal 8, to building applications with the Symfony 2 framework, and beyond. All in all a very good line up of speakers and sessions, with sprints, social events, and even a whiskey BoF thrown in. I didn't partake in the whiskey, though, if it was a rum BoF I would have been there packing fresh limes.

So why am I writing this post weeks later? Well, I just noticed that the video of the slides and audio from my "What the 'ECK?" session is online and I needed a good excuse to share it. This was my first time doing the "What the 'ECK?" session and it went really well. There was a good number of people in attendance and I received some really nice feedback from a lot of the people who where there. The slides from the session are now available online, too. Thanks to everyone who came!

Well, what the 'eck is it about then? In a nutshell the session covers how to use the Entity Construction Kit (ECK) module and why you should create custom entity types instead of forcing nodes to do everything. As a bonus in the session I demonstrated how I rebuilt a part of Drupal core using ECK, Views and Rules. I won't say which part, though, I want you to watch the video! Although it wasn't perfectly executed (there's always a bit of demo fail, right?) it did show off a lot of the power of using ECK with some other popular contrib modules, and how you can build some very complex functionality in Drupal without writing any code.

At some point I'll hopefully write up a bit about using ECK on this blog. In the meantime if anyone has any questions feel free to get in touch through this website or ping me a question on twitter. Enjoy the video!

What the eck? - Jeni Tehan