Drupal Freelancer Back in Liverpool 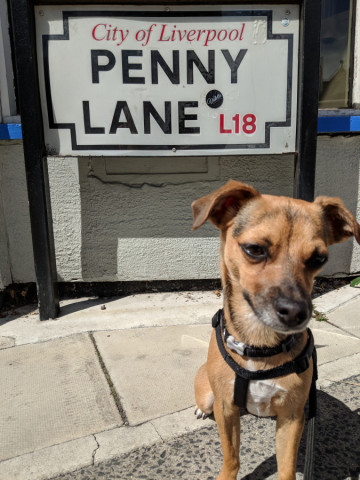 I guess it's time for an official announcement, I'm back in Liverpool! I'm still specialising in Drupal, still freelancing, still offering Drupal hosting and automation with Ansible. So while a lot has changed with me recently, a lot has stayed the same as well. I moved back last July, but hey, better late than never to put out a blog post about it.

I started my freelance career in Liverpool in 2008. At that point I had been doing Drupal for a couple of years but was definitely still learning. But then again, as a developer I'm always still learning, it's kind of what being a developer is all about. Although back then I was certainly still a little green when it came to stuff like writing Drupal modules, which is something I do all the time these days. After a few years freelancing I decided to move down south to Brighton. Part of it was just for a change of scenery (I tend to move every 6 years or so), part of it was a challenge to try and take my skills to another level. The freelance scene was already quite established down there, something I didn't see in Liverpool at the time, so I figured it was a good chance to meet some other freelance folks and hopefully pick up some work, too. Overall Brighton was very good to me, and I was there for almost 7 years (see, moving every 6 years or so) before deciding to head back to Liverpool.

Why go back to Liverpool? Part of it was another challenge, part of it again was just a change of scenery, although more familiar scenery this time. Not too familiar as it turns out, though, a lot has changed since I left in 2012. The Baltic Triangle has become a very established part of Liverpool's digital scene, something that wasn't really on my radar at all when I lived here before. The city looks more vibrant, Bold Street just looks delicious (I always said more restaurants were needed there!), and overall there's new stuff all around the city.

I toyed with the idea of moving somewhere random when I decided to leave Brighton, but in the end I decided, for the first time in my all of my moves, to move back to somewhere I had already been. But with Liverpool that was really easy. I never disliked living here before (unlike some places I've moved away from), and I missed it loads. I still had good friends here, who I visited a few times a year after leaving, and when I moved back just about everyone I saw greeted me with a big "Welcome home!" like only Scousers can. What can I say, it always feels like home in Liverpool.

It's also kind of scary moving back. I felt very connected in Brighton and felt like I was a part of something with the network of other freelancers I ended up being a part of while I was there. The Farm was a big reason I say Brighton was good to me, and of all the things I miss about Brighton that's probably the thing I miss the most. So now it's back to networking here in Liverpool, trying to meet some people in the digital scene here, and starting over to a certain degree. I've been lucky with some really great regular clients over the years, so thankfully I'm not struggling for work right now, and even though it's coming up on 12 years as a freelancer, finding new work and new clients is always on my mind.

So what's in store for the future? More Drupal, more code, more Ansible, more Tasty Backend. I'm toying with the idea of setting up a local Liverpool Drupal meetup, a freelancing pub meetup and network (modelled after the Farm of course), and just getting out there and meeting more folks. So far I've been working from home, and while my best buddy Frankie keeps me company, and it's been a nice change to not be going into an office everyday like I did in Brighton, I'm thinking about another office as well. So far I haven't found the right place, but I'm keeping my eyes open.

It's been six months since I moved back, and I've been really, really, busy with work since I moved, so it's been tough to find the time to start up anything new. There's a few meetups I've been going to, like Tech Nomads and the Liverpool Linux User Group, which have both been great (and I'm doing a Drupal workshop at the Tech Nomads meetup in February, more details on that later), so thankfully getting to know a few techy folks in town hasn't been too hard.

So to summarise: Back in Liverpool, still specialising in Drupal, looking to meet other freelancers, Frankie is the best, I'll hopefully actually start a few things at some point, and overall it's good to be back!