Another year, another DrupalCamp London 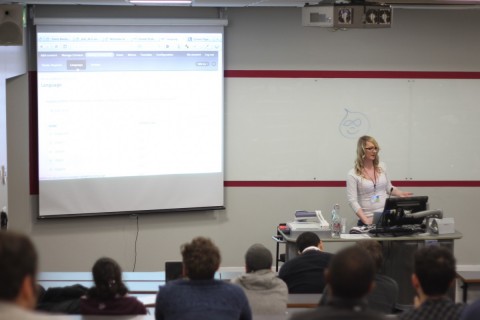 Last year about this time I built this blog on the train from Brighton on my way to DrupalCamp London 2013. And my what a year it's been! I'm actually writing this now on my way to DrupalCamp London 2014. I, like many people, had the best of intentions of updating this blog quite often with helpful posts about Drupal, Tasty Backend, and anything else going on in the world of Delicious Creative. But like so many people, I didn't! Sorry, I'll never let it happen again... I hope. I do actually have a few blog ideas tucked away just waiting to be written and posted, so hopefully this year things will actually work out that way.

So what's happened? Loads! Probably too much to mention but here's a quick overview. My "Building A Tasty Backend" session at DrupalCamp London 2013 went quite well, and overall the camp was pretty awesome. There's video of my session available on YouTube, and don't forget about the Tasty Backend demo site and the Drupal feature, both of which will hopefully be updated soon.

At this point last year I had moved to Brighton about three months earlier, and the last year in Brighton has been very good to me. It's an amazing place in many ways and truly unique. I think I've settled in pretty well over the past year. One of the things I love about Brighton so much is the web development and freelance scene. It's very inspiring to be around so many incredibly talented people. And not just Drupal people (although there are definitely those around!) but people from all walks of digital life.

I've also really settled into working in The Skiff, a coworking space consisting mostly of digital freelancers. I've got a permanent desk in there now (right across the street from my flat, how convenient is that?) and it's a great place to get stuff done. The people are really friendly as well and it sure beats those long days hacking away at Drupal in my flat in Liverpool.

DrupalCon Prague was an amazing event last year, and so was the Manchester DrupalCamp. It's hard to imagine life before I started going to Drupal events, they've really changed my life. Not only have I learned an incredible amount, but I've learned what Drupal really is all about, the community. I've made life long friends and getting together with everyone every few months for another event is something I will always look forward to.

So what's up for 2014? As I said, right now I'm on the train to DrupalCamp London where tomorrow I'll be speaking. It's not the Tasty Backend this time, though, I've written a new session called "What the ECK?" which is about the Entity Construction Kit (ECK) module. I'm a bit nervous since it's the first time I've done this session as it's brand new, but I'm also really excited to be speaking again. It's always an honour to be selected to speak at these events.

So wish me luck for tomorrow! I'll let you know how it goes and keep you updated on this blog a bit more often.